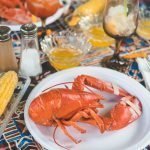 A specialty supplement is a formula that has been specially designed to support a specific structure or function application in the body – such as joints, cardiovascular health, sleep, mood, etc.

CoQ10 is a compound made by human body and stored in the mitochondria of your cells.  The mitochondria are in charge of producing energy. They also protect cells from oxidative damage and disease-causing bacteria or viruses. CoQ10 was first found by an American scientist in 1957. In 1978,  the Nobel Prize in biochemistry in 1978 was awarded to the British scientist Peter Mitchell who mapped out exactly how the nutrient works inside the cell.

CoQ10 is present in every cell of the body. However, the highest concentrations are found in organs with the greatest energy demands, such as the heart, kidneys, lungs and liver. One of CoQ10’s primary functions is to help generate energy in the cells. It’s involved in making ATP, which is involved in transferring nutrients to energy within cells. Its other crucial role is to serve as an antioxidant and protect cells from oxidative damage. As we age, we have lower level of CoQ10. Deficiency of CoQ10 has been associated with cardiovascular problems including angina, arrhythmia, heart failure and high blood pressure.

In fact, CoQ10 exists in two forms within your body: ubiquinone and ubiquinol.  But, ubiquinol happens to make up nearly 95 percent of the existing Coenzyme Q10 in the human body with especially high concentrations located in the heart.  While ubiquinone (the oxidized form of CoQ10) is found within the cells of the kidneys, liver and pancreas, your body needs to convert it from ubiquinone to ubiquinol to obtain the antioxidant properties that are so crucial for optimal heart health.

Many medical studies demonstrate CoQ10, especially in the format of Ubiquinol,  benefits us when taken as a supplement, most of which stem from its vital role in oxygen utilization and energy production, particularly in heart muscle cells. In addition, Coenzyme Q10 may play a role in reducing the number and severity of migraine headaches, and improving sperm motility in men.

This is found in our cartilage. It is often used to ease the joint pain caused by arthritis. Glucosamine helps regenerate and rebuild cartilage tissue.

Chondroitin is found in our connective tissues. It promotes lubricating fluids for your Joints.  Researchers at National Institutes of Health (NIH) found that those who take chondroitin supplements appeared to reduce pain, increase joint mobility, and decrease the need for painkillers.

MSM  is a chemical substance found in the body which helps to maintain the elasticity of joint tissue. It is most often used to treat pain and swelling of the joints.

There three substances, taken as combination of supplements , are used in alternative medicine as a possibly effective aid in treating osteoarthritis, muscle damage caused by exercise, and other inflammatory joint disorders. You can find further information in our Ingredient List A-Z.

Melatonin is a hormone that tells your body when it is time to head to bed. It is a popular supplement among people struggling to fall asleep. Melatonin levels start to rise in your body when it is dark outside, signaling to your body that it is time to sleep. Conversely, light suppresses melatonin production. This is one way that your body knows it is time to wake up. Melatonin also help reduce jet lag by syncing your internal clock with the time change. If you want to try melatonin, start with 0.5 mg or 1 mg 30 minutes before bed. If that doesn’t work, then increase it to 3–5 mg or follow the instructions on the supplement.

Studies show that melatonin is safe, non-toxic and not addictive. There is no evidence showing that taking melatonin supplements negatively affect your body’s ability to make it on its own. However, it may interact with blood thinners, blood pressure medications and antidepressants.

Another supplement, 5-Hydroxytryptophan (5-HTP) , produces serotonin, which can be converted into the hormone melatonin that aids sleep. Low serotonin levels are associated with depression, sleep disorders, weight gain and other health problems. Therefore, increasing your body’s production of serotonin may have various benefits.

GABA is a chemical messenger that promotes relaxation. Combining it with 5-HTP likely has a synergistic effect. A study showed that a combination of 5-HTP and GABA significantly reduced the time it took to fall asleep, increased sleep duration and improved sleep quality.

These sleep aiding supplements are generally safe although they might interfere with other medicines. For example, some medications like antidepressants increase serotonin production. Combining these medications with 5-HTP may cause dangerous serotonin levels in your body.