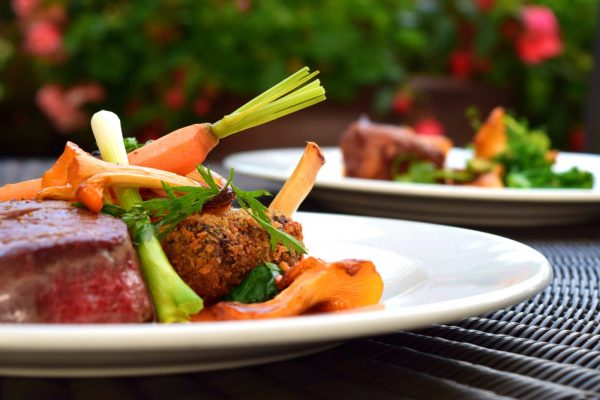 If you constantly struggle with fatigue, low energy levels, mood changes and a lack of focus, it can be a sign that you might have a vitamin B12 deficiency. If that’s the case, you’re not alone. About 40 percent of people have low levels of vitamin B12, which is an essential vitamin for the production of red blood cells and DNA, not to mention all its other benefits we will cover in this article.

A 2004 study showed that Vitamin B12 deficiency is one of the leading nutrient deficiencies in the world, including the U.S., South America, and certain areas of Asia and Africa. It is particularly popular among people older than 50.

What Is Vitamin B12? And what’s its Roles in the Body?

Vitamin B12 actually exists in many forms, and it contains the mineral cobalt, which is why compounds with vitamin B12 are collectively called cobalamins. Two forms of vitamin B12 that are active in human metabolism are methylcobalamin and 5-deoxyadenosylcobalamin.

Vitamin B12 benefits the central nervous system in many important ways: it helps maintain the health of nerve cells, including those needed for neurotransmitter signaling, and helps form the protective covering of nerves, called the cell’s myelin sheath. When vitamin B12 levels are low, almost every cognitive function will suffer.

Vitamin B12 also helps with digestion and heart health, so a deficiency can lead to both digestive disorders and an increased risk for heart disease. It can come in food sources, hydroxocobalimin vitamin B12 injections or as a supplement.

The National Institute of Health’s (NIH) Office of Dietary Supplements estimates that about 1.5 percent to 15 percent of people in the U.S. are deficient in vitamin B12. Other studies, like one published in the American Journal of Clinical Nutrition in 2000, indicate that this number might be much higher, with up to 39 percent of the population possibly suffering from a vitamin B12 deficiency.

Vitamin B12 functions as a beneficial substance in the following ways:

Vitamin B12 benefits your metabolism because the body needs it to convert carbohydrates into useable glucose in the body. Glucose from carbohydrate foods is used as a form of energy, so this is the reason why people with vitamin B12 deficiencies often experience fatigue.

Vitamin B12 is also needed for neurotransmitter signaling that helps your muscles contract and gives you energy to go about your day without feeling tired and run down.

Will vitamin B12 benefit weight loss? Because a vitamin B12 deficiency can lead to sluggishness, chronic fatigue, and mood and appetite changes, it can be hard to lose or maintain weight with these symptoms. It’s not that increasing your vitamin B12 levels alone will make you lose weight, but correcting a deficiency will boost your energy levels and regulate your appetite so you can continue your health regime.

A vitamin B12 deficiency may cause various neurologic and psychiatric disturbances. Because of its role in nerve health and neurotransmitter signaling, vitamin B12 benefits cognitive function and is used to lower the risk of neurodegenerative diseases, including Alzheimer’s disease and dementia.

A systematic review published in International Psychogeriatrics examined 43 studies investigating the association of vitamin B12 and cognitive impairment or dementia and 17 studies reporting the efficacy of vitamin B12 therapy for these cognitive conditions. Researchers found that low vitamin B12 levels are associated with Alzheimer’s disease, vascular dementia and Parkinson’s disease. On top of this, vitamin B12 supplements were effective in correcting a biochemical deficiency and improved cognition in patients with pre-existing vitamin B12 deficiency.

One of the most researched vitamin B12 benefits is its ability to help in healthy regulation of the nervous system, including reducing such mood disorders as depression and anxiety. Vitamin B12, along with folate, is needed as a major determinant of one-carbon metabolism, which produces the compound called SAM (S-adenosyl methionine). SAM is crucial for neurological function, dealing with stress and mood regulation.

Vitamin B12 is also needed for concentration and cognitive processes, such as learning, so a vitamin B12 deficiency can result in difficulty focusing and an increased risk for attention disorders.

Vitamin B12 benefits cardiovascular health in several ways, which is important considering the fact that heart disease is currently the No. 1 cause of death worldwide. Vitamin B12 helps reduce elevated homocysteine levels, which is now considered a major risk factor for heart disease. Homocysteine is an amino acid, and its levels in the blood are influenced by blood levels of B-complex vitamins, including vitamin B12.

Vitamin B12 helps protect against heart disease like a heart attack or stroke by lowering high homocysteine levels in the blood. There is also some evidence that B12 can help control high cholesterol and high blood pressure levels. B vitamins are also able to control atherosclerotic diseases, in which someone experiences a dangerous buildup of plaque in the arteries.

5) Needed for healthy skin and hair

Vitamin B12 is essential for healthy skin, hair and nails because it plays a major part in cell reproduction. Vitamin B12 benefits skin health by reducing redness, dryness, inflammation and acne blemishes — and can be applied to the skin for psoriasis and eczema. It can also reduce hair breakage and help nails become stronger.

Besides, Vitamin B12 plays an important role in aiding in digestion, producing red blood cells and preventing anemia. It is crucial for pregnant women as well.

Who are At Risk of B12 Deficiency?

There are more precise screening options available to detect a deficiency, but these are usually not given to patients unless they have a known case of anemia or heart disease-related symptoms. If you suspect you might have a deficiency but your initial blood test shows that your levels are normal, you may want to talk with your doctor about performing secondary tests, especially those that check for high homocysteine levels.

Elderly people who tend to have impaired digestion are one of the most susceptible populations. This is because older people tend to produce less stomach acid that is needed to convert vitamin B12 properly.

Since animal foods are usually the best sources of vitamin B12, those who follow a vegan diet and don’t eat any animal products are also most likely to have a deficiency. Therefore, both older adults and plant-based eaters are advised to take a daily vitamin B12 supplement.

Other groups that are at a higher risk of having a vitamin B12 deficiency include smokers (since nicotine can block absorption), alcoholics, those with anemia, and anyone with a digestive disorder like celiac or Crohn’s disease.

Bottom line: your ability to properly absorb vitamin B12 depends on the health of your digestive system. If you aren’t able to digest foods that contain vitamin B12, like animal meat, then you will end up with low vitamin B12 levels.

Animal foods are the best food sources of vitamin B12, including organic, grass-fed dairy products, cage-free eggs, grass-fed meat, wild-caught fish, organic poultry and organ meats. According to the NIH, plant foods do not naturally contain vitamin B12 unless they are synthetically fortified.

Vitamin B12 can be found to some degree in fortified plant foods like nutritional yeast, fortified grain products and algae sea vegetables. However, most of these are not thought to be nearly as absorbable as natural animal sources. According to the NIH, two steps are required for the body to absorb vitamin B12 from foods and experience the vitamin B12 benefits mentioned above:
First, hydrochloric acid in the stomach separates vitamin B12 from the protein to which vitamin B12 is attached in food. Second, vitamin B12 combines with a protein made by the stomach called intrinsic factor and is absorbed by the body.

In other words, the health of your digestive system is just as important in absorbing and using adequate levels of vitamin B12 as the foods you’re eating are! According to a 2007 study done by the Experiential Biology and Medicine group, vitamin B12 is a difficult nutrient to absorb, with healthy adults only being able to actually absorb and use about 50 percent of the vitamin B12 present within food sources — and sometimes much less. The vitamin B12 present in foods like chicken, meat and fish was found to be the most absorbable, while eggs were shown to be somewhat poorly absorbed, with only about 9 percent of its vitamin B12 being used by the body.

How to Deal With Vitamin B12 Deficiency

Here’s a breakdown of the best ways to overcome a vitamin B12 deficiency:

Start consuming more natural food sources of vitamin B12. Foods provide a complex network of vitamins, minerals, dietary fiber and other substances that benefit health in ways that supplements usually cannot. You can prevent a vitamin B12 deficiency and get the most vitamin B12 benefits by adding good quality animal foods as mentioned above.

Take a probiotic supplement daily. Taking a high-quality probiotic on a regular basis can help to improve the health of your gut and your body’s ability to properly absorb vitamin B12 and other nutrients.

Work on healing your gut. Again, in order to properly absorb vitamin B12 and other nutrients, you need a healthy digestive system. Improve the health of your gut by cutting out inflammatory foods, add more whole foods to your diet.

Take the right supplements. You can take a high-quality vitamin B12 supplement or take a B-complex vitamin. There are also vitamin B12 sprays available. But remember, dietary supplements might help in some serious situations to alleviate a deficiency, but it’s not a good idea to rely on them solely for your nutrient needs. Your diet is the most important factor in avoiding nutrient deficiencies.

If you have a confirmed vitamin B12 deficiency, another option is intramuscular vitamin B12 injections, which can be done under the care of your doctor or health care practitioner.

What types of Vitamin B12 supplements are the best?

Vitamin B12 can be taken in pill form, in drops or in oral spray form, or even in the form of injection. You can use any of these types of vitamin B12 supplements, but make sure you are choosing a high-quality product from a reputable source. And keep in mind that sometimes seniors do better supplementing with drops and oral spray forms of vitamin B12 because they have trouble absorbing the vitamin from the stomach.

For adults who are looking to boost their vitamin B12 levels with something other than whole foods, take vitamin B12 as part of a whole foods-based B-complex supplement or a high-quality, whole foods-based multivitamin. These will contain the full spectrum of B vitamins that all work together within the body to carry out functions and balance one another, hence the “complex” name this group is given. Within a vitamin B-complex supplement, you’ll find other important B vitamins — like biotin, thiamine, niacin and riboflavin — that require one another to be present for the best results.

How much Vitamin B12 do I need?

Compared to other vitamins, we don’t need a very large amount of vitamin B12 — but we do need to replenish our supply just about every single day. B vitamins are water-soluble and flushed out of the body somewhat easily, so to maintain levels of the recommended amount within the bloodstream and prevent a vitamin B12 deficiency, we need to eat food sources of B vitamins often.

The NIH recommends that adults over 50 years take a daily vitamin B12 supplement or consume foods fortified with vitamin B12. The recommendation is to take between 25–100 micrograms per day, as this amount has been shown to maintain healthy levels of vitamin B12 levels in older people.

Our Recommendations for the Best Vitamin B12: 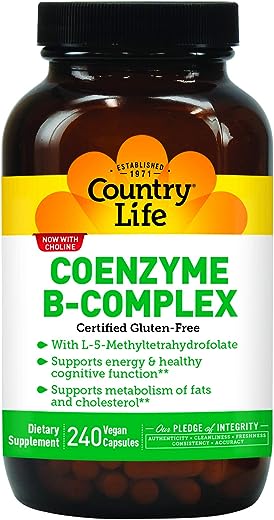 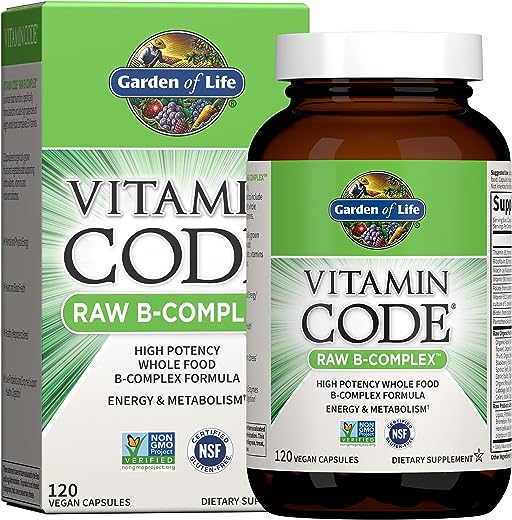