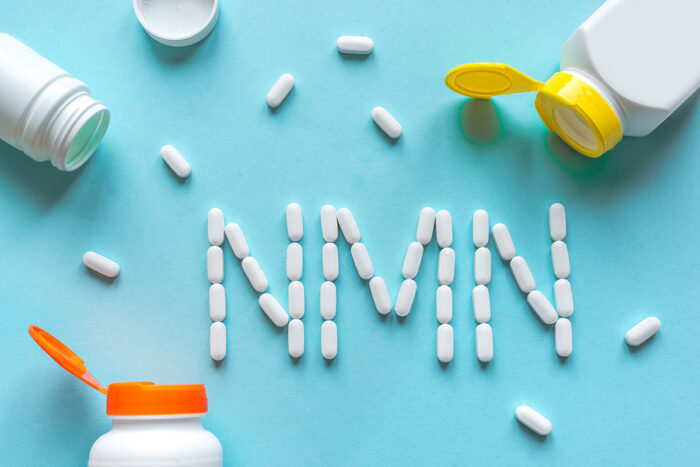 (May 11, 2021, NIH RESEARCH MATTERS, by Sharon Reynolds ) People with diabetes have blood sugar (glucose) levels that are too high. Over time, high levels of blood glucose can damage many organs in the body. In type 2 diabetes—the most common type—the body has problems making or using the hormone insulin. The body’s ability to use insulin properly and control blood sugar levels is called insulin sensitivity.

About 13% of adults in the U.S. have diabetes. And more than 1 in 3 have prediabetes. That’s when blood sugar levels are higher than normal, but not high enough to be diagnosed as type 2 diabetes. New treatments to prevent and treat diabetes are urgently needed.

A compound in the body called nicotinamide adenine dinucleotide (NAD+), which declines with aging and obesity, is thought to play a role in healthy glucose metabolism. Another compound, nicotinamide mononucleotide (NMN), is required for the production of NAD+.

Studies have found that NMN could improve the ability of obese mice to process sugar and increase insulin sensitivity. NMN is currently marketed in the U.S. as a dietary supplement. However, no studies have tested whether it improves metabolism in people.

To fill this gap, researchers led by Dr. Samuel Klein from Washington University in St. Louis enrolled 25 postmenopausal women with prediabetes in a randomized clinical trial. Thirteen women received daily NMN supplements for 10 weeks, and 12 received placebo pills. The researchers analyzed glucose metabolism in muscles and took other measurements before and after supplementation.

The ability of the muscles to use glucose in response to insulin increased by about 25% in the women who took NMN. This improvement in insulin sensitivity is similar to that seen after people lose about 10% of their body weight. No such improvement was seen in women who took the placebo.

NMN specifically affected insulin sensitivity in muscle. Other measures related to the development of diabetes remained unchanged. These included body fat, blood pressure, sugar or insulin in the bloodstream, blood lipids such as cholesterol, and insulin sensitivity of the liver.

More trials are needed to see whether NMN can help prevent or manage diabetes in people. The team is currently testing the compound in a larger trial with both women and men.

“Although our study shows a beneficial effect of NMN in skeletal muscle, it is premature to make any clinical recommendations based on the results from our study,” Klein says. “Normally, when a treatment improves insulin sensitivity in skeletal muscle…there also are related improvements in other markers of metabolic health, which we did not detect in our study participants.”