Tech titans seem to have it all, money, power and hipness. Jack Dorsey, CEO of Twitter and Square, ups the ante on tech cool with his serious wellness cred. The 42-year-old Silicon Valley honcho, a devotee of Stoicism, follows a strict set of lifestyle guidelines.

What do you think?

Twice a day the Twitter CEO communes with his inner self for one hour if he can. If time is tight, he meditates for at least 10 minutes.

Rain or shine, Dorsey walks the five miles from his home to his office, which takes about one hour and 15 minutes.

“I might look a little bit more like I’m jogging than I’m walking,” as CNBC reports. “It’s refreshing. … It’s just this one of those take-back moments where you’re like, ‘Wow, I’m alive!'”

“I don’t have a personal trainer. I don’t go to a gym,” Dorsey told Greenfield.

At night, in a nod to ancient rituals, Dorsey sits in his sauna (which is set at 220 degrees) for 15 minutes, then plunges into an ice bath (37 degrees) for three minutes. He repeats the process three times, finishing with one minute in the ice bath.

Dorsey likes to work at a standing desk with a near-infrared bulb.

“When I do work, I just flip that on,” Dorsey says. He does not specifically say why he puts on the near-infrared bulb near his standing desk, but according to Sauna Space, near-infrared light promotes cellular regeneration and anti-aging, and prevents injuries and illnesses.

The Square honcho greets the day with an ice bath.

“Nothing has given me more mental confidence than being able to go straight from room temperature into the cold,” Dorsey has said. “[E]specially in the morning, going into an ice-cold tub from just being warm in bed is — it just unlocks this thing in my mind and I feel like if I can will myself to do that thing that seems so small but hurts so much, I can do nearly anything.”

Dorsey takes a lot of Vitamin C, which can help reduce the risk of chronic diseases and boosts the immune system.

Dorsey only does dinner during the week. Sometime between 6:30 and 9 p.m., he has his one meal a day. He usually goes with fish, chicken, or steak with a salad, spinach, asparagus or Brussels sprouts. For dessert, he splurges on mixed berries or dark chocolate. He also sometimes indulges in red wine. On the weekend, he barely eats at all, fasting from Friday to Sunday night, when he has a little something. When he’s not eating, he consumes only water.

Dorsey is serious about getting a consistent amount of sleep. He wears a Oura ring, which measures and tracks sleep quality, recovery speed and daily activity.

Dorsey journals about his day on the Notes app on his iPhone. “I try to do that every single day, usually when I’m wrapping up the day,” Dorsey tells Greenfield.

(Byclue ™ doesn’t necessarily agree with the opinions expressed in this article. We do believe a healthy lifestyle is key to optimal health. We provide some notes to further explain some terms and concepts:)

Which form of Vitamin C is the best?

There are many forms of Vitamin C: ascorbic acid, sodium ascorbate, calcium ascorbate, liposomal, etc. The ascorbate form is easier for stomach but it might lead to loose stools at a very high dose. The natural vitamin C is in the same chemical form as in synthetic supplement. For best absorption, we recommend liposomal vitamin C.

Should I take Vitamin C to prevent cold?

Taking vitamin C supplement routinely is effective in preventing cold. Once a cold is already developed, taking large dose (3,000 mg or more a day) may reduce the duration and severity of symptoms. It is extremely important for smokers to take vitamin C.

Is it possible to take too much Vitamin C?

Vitamin C is generally very safe as it is water soluble. However, very high dose. i.e, 2,000 mg per day for adults for a long period of time, could cause gastric discomfort, diarrhea. For people prone to develop kidney stones, they should limit intake of vitamin C.

HIIT is a training technique in which one gives 100% effort through quick, intense bursts of exercise, followed by short, sometimes active, recovery periods. This type of training gets and keeps your heart rate up and burns more fat in less time, followed by up to 38 hours of afterburn effect referred to as Excess Post-Exercise Oxygen Consumption (EPOC).

Our recommendations for the best Vitamin C: 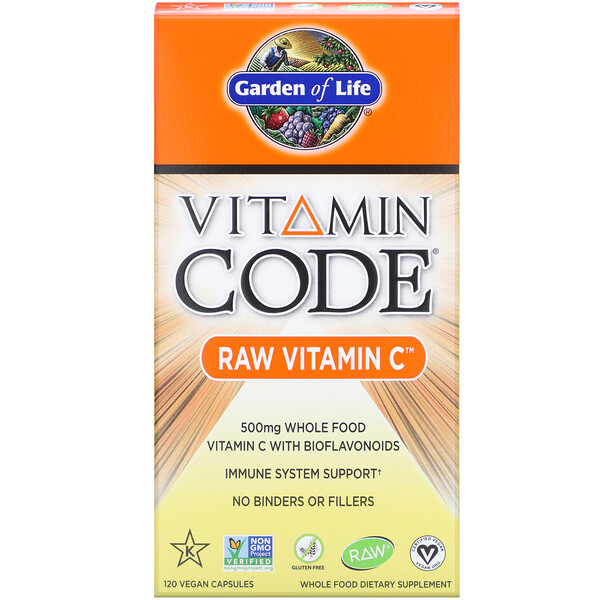 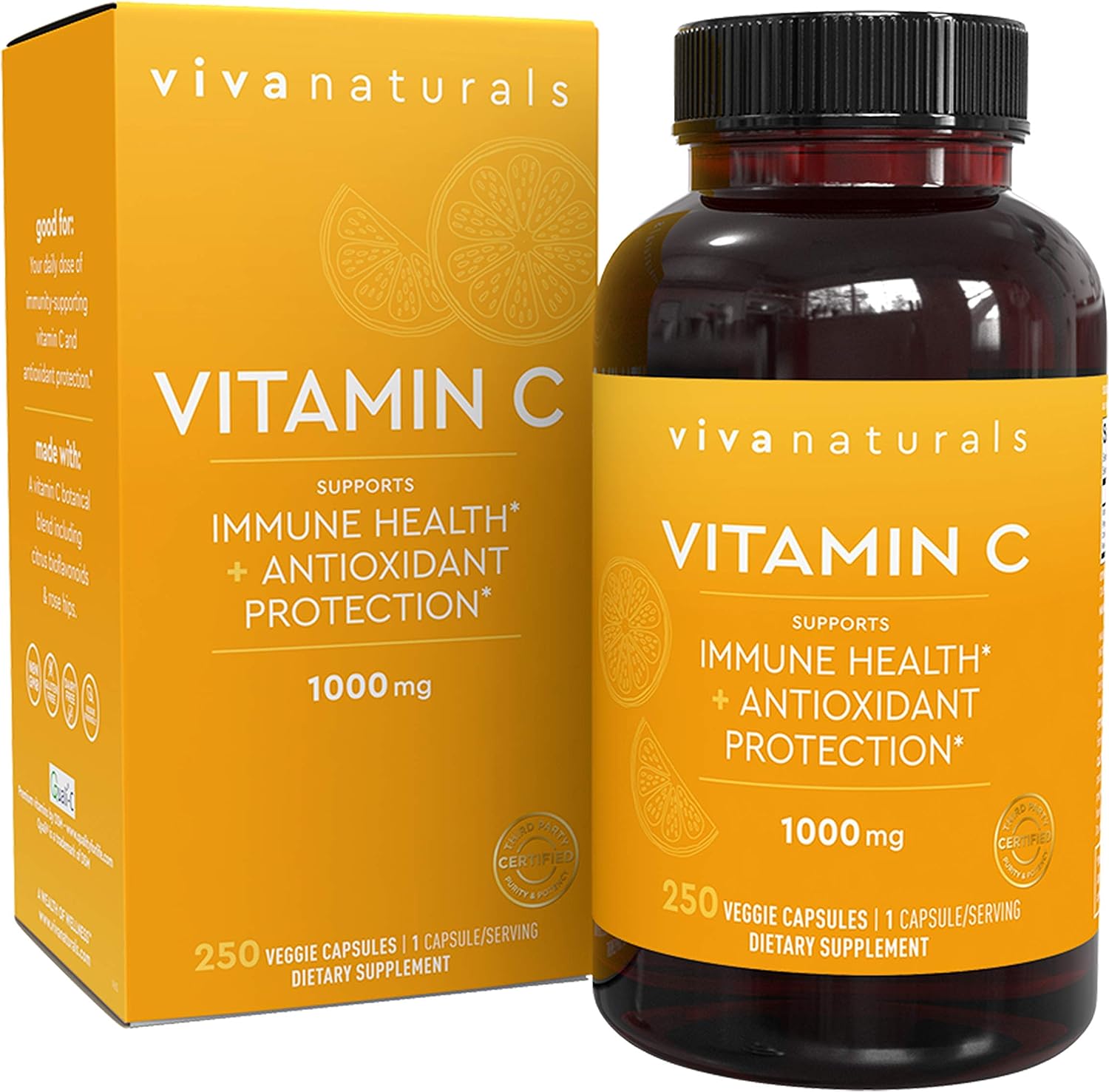 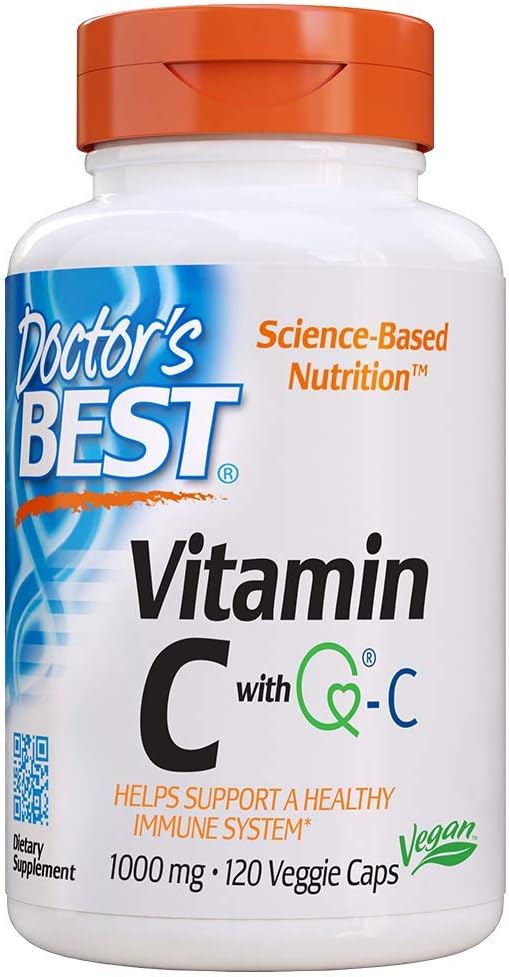